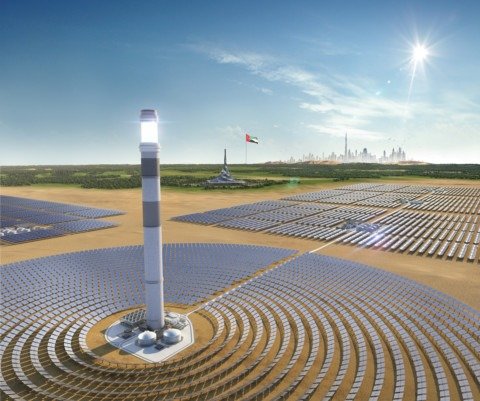 One of the world’s biggest solar parks in Dubai has hired Azelio AB to turn desert heat into electricity after sundown.

The Swedish company will provide energy storage facilities for an expansion project at the Mohammed Bin Rashid Al Maktoum Solar Park. Solar power generated from the 950-megawatt project will heat a block of recycled aluminum to 600-degree celsius during the day. A Stirling engine will then be used to exchange the heat into power at night.

The order was placed by ALEC Energy, a contractor working on the concentrated solar power plant, which is about 30 kilometers outside of Dubai city. The solar park is being developed in phases and has a planned production capacity of 5,000 megawatts by 2030. More than 1,000 megawatts are currently in operation.

The Residences at Marina Gate I & II Awarded GCC and National Residential...
Scroll to top