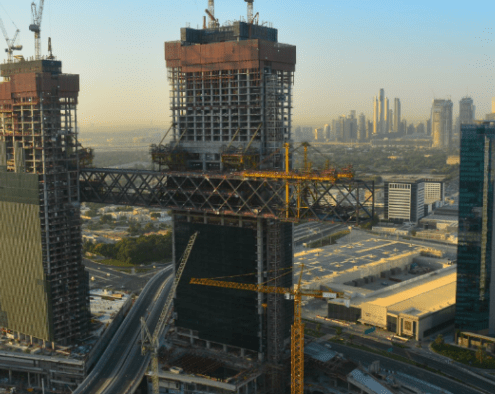 ALEC has completed another major engineering milestone with the final lift of ‘The Link’, a 9,500 tonne steel structure, which forms the central feature of Ithra Dubai’s flagship, mixed-use, luxury development, One Za’abeel.

The innovative and complex cantilever now stands at a total height of 125 metres after a four-day lift which started on October 21st. ‘The Link’ went through a final alignment during the week, as part of which the cantilever was welded into the towers on which it is placed.

Commenting on the milestone, Kez Taylor, Chief Executive Officer of ALEC, said: “It has been a great privilege for ALEC to work on such an innovative and breath-taking design, and we are humbled to be part of an engineering project that solidifies Dubai’s reputation as a centre of innovation and excellence.”